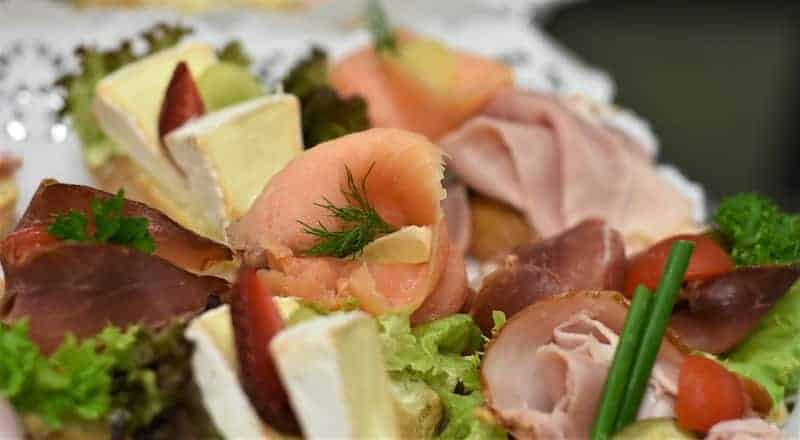 Baguettes are popular among the French population. It’s estimated that over 300 baguettes are eaten every second – breakfast, lunch, and dinner.

If you were to name the most iconic foods in France, baguettes would feature in the top five. This is because they are dangerously tasty. The traditional baguette has a soft center and crispy crust.

So, what do the French put on baguettes? They spread some butter, chocolate, jam, or put in some cheese. Some will dip the whole thing in coffee or tea. This may look messy and unpleasant, but it’s part of their culture.

Top Things To Put On Baguettes

Find below the things that French put on their delicious baguettes:

The French can’t resist the taste of a chocolate baguette. To enhance the flavor, they add olive oil and salt. This can easily be turned into an appetizer.

All you need is one baguette, 6 oz of chocolate and extra-virgin olive oil. Just melt the chocolate in a double boiler/chocolate, split the baguette, and spread it inside.

Cut it into pieces and serve with olive oil for dripping. It’s simple to prepare and very delicious. You can pair it with tea or coffee.

This topping requires very few ingredients to prepare. The combination of cheese and tomato jam will add a bite-sized twist to your baguette.

If you follow the instructions you’ll end up with bread that is not too crusty on the outside. You can also be a bit creative. Instead of adding cheese to sliced sides, you can invert the baguette so that it’s inside out.

And because the bottom of the bread is flat, you have to work with a pile of cheeses. The French like it when served with warm tomato soup. This is highly addictive.

If you’re thinking of camembert, brie, and the stuff that looks like cheddar, then you’re wrong. France has more than 240 types of cheeses but only a few are used in baguettes.

Depending on your preference, you can choose pressed, soft, and blue cheeses. Some of the best cheeses to use in baguettes include saint nectarine, brie, Roquefort, Epoisses, among others.

There’s nothing more fulfilling than a homemade French baguette filled with gourmet butter. To enjoy the bread, it should be warm so that the butter melts on the bread.

Unless you’re daily intolerant, butter is far much better than margarine. If you’re health-conscious, you should choose butter with no artificial additives in it.

First, you should melt butter in a small saucepan over medium heat, add garlic, and cook until it softens. Stir the garlic butter in a bowl, and add olive oil, parsley, salt, and pepper.

Next, preheat the oven to 400 degrees F. Rip open the baguette such that it opens like a book. Smear the butter inside and wrap with an aluminum foil. Bake for about 10-12 minutes.

Every day, you’ll find French people having a sit-down breakfast. They put the jam directly on the bread.

If you’re buying a baguette for a picnic, you can buy it from a different place and then get into a supermarket to buy the jam cheaply.

You will figure out how to carry the leftovers.

5. Feta spinach stuffed in a baguette

Spinach is a great appetizer in most restaurants. You can prepare the salad with whatever size of bread you get your hands on.

While other toppings may be the talk of the party, feta spinach will steal the show.

The feta spinach filling is made of mozzarella cheese, sour cream, mayo, and chopped frozen spinach.

French enhance their breakfast game by adding eggs bacon to their baguettes.

It’s fast and requires fewer cleanups. All you have to do is cook the bacon bits and then add the egg. You’ll be amazed once you try it.

If you love spicy food, you can’t resist a baguette topped with buffalo chicken. The French love to take the baguette as they watch the Sunday afternoon football.

Just cut your bread into a half and then add red buffalo wing sauce and shredded chicken. You may want to add white cheddar cheese to complete the meal.

Envision the aromatic flavors of French onion soup and take your baguette to a whole new level. Before you put the ingredients in the bread, you should heat them on a stovetop.

9. Leek salad with salmon on baguette

This is a great appetizer when served with a light meal. Just prepare the leek salad and a slice of smoked salmon. The French people consider this a divine treat.

Today, most French people like to dip slices of baguettes into a mixture of cinnamon, eggs, vanilla extract, and nutmeg to make a toast.

Make sure you turn both sides to ensure they are brown. You can serve with maple syrup or fresh fruits. Others cut the baguette bread and spread a generous amount of tomato sauce on each side.

Crouton lovers cut the baguette into 1-inch pieces and then sprinkle some salt or pepper. Another way of enhancing flavor is by adding garlic, rosemary, and thyme.

What French baguettes are made of?

To understand better what the French put in their baguettes, let’s go to the basics. A baguette is made of flour, water, salt, and yeast.

It’s fascinating to know how these simple ingredients produce a flavorful and crusty baguette. But what is even more interesting is how bakers use the same ingredients to make bread that differs from each other.

Most bakers use natural leaven to make the crumb more open and lighter. But because the natural leavens require more work, some are slowly switching to baker’s yeast.

Baguettes differ in taste and appearance based on the process employed in the preparation. For instance, when you slow down the fermentation process you improve flavor.

Also, the way you ferment the dough, proof, and retard it affects the final product. The perfect baguette has 75% hydration (ratio of flour to water).

This means that you use very little yeast and it’s hardly kneaded. It’s worth noting that baguettes are not fully raised before placing them in the oven. Apart from the basic ingredients, some French like to add some honey to enhance flavor.

A baguette is arguably the pillar of French culture. It’s estimated that more than 6 billion baguettes are consumed each year. When in France, you’re free to eat a baguette the way you like. Don’t forget the rules of eating the bread so that you appear more French 🙂