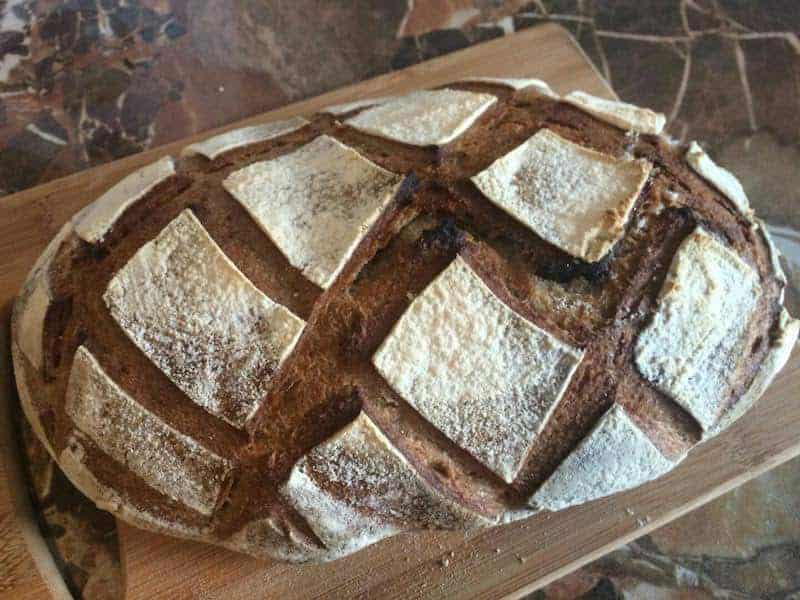 Scoring the bread means slashing the bread dough before baking it. We slash it with a sharp knife or lame to allow it to expand during baking. It looks rather straightforward, but it is not as you have to make precise cuts in a loaf of bread.

The main purpose of scoring the bread is to control the direction in which the bread will expand. You must do very cautious because one little mistake or an incorrect tear can lift or expand your bread in a totally erroneous way.

This strategy is also known as creating weak spots on the surface of the loaf.

Professional chefs use this strategy to prevent the loaf from bursting at weak spots during shaping. They intentionally create weak spots so that their loaves can get the shape they desire.

But the scoring of the bread isn’t only about controlling the direction.

You can’t just simply slash the bread and expect it to expand in exactly the same way you want. You have to be careful about the depth too. The depth of the cut also influences the ratio of expansion. Particularly, when it comes to the expansion and formation of the ear the depth and the angle of the score matter a lot.

Some experts use patterns as well. The patterns are used for two main reasons. First, you do that for creating pleasing visual patterns.

It happens on the surface of the loaf to make your bread unique and attractive. Second, patterns are used to identify the types of bread.

You can identify it at home rather comfortably but in restaurants it gets difficult. They have to work on different types of bread, therefore, they use scoring patterns to identify them.

For example, traditional patterns are used on baguette bread. It helps the bakers to identify the loaf as coming from his oven.

There are some general rules for scoring bread.

But before revealing those rules and methods, it is imperative to have some good scoring tools.

The most popular and common tool is ‘Lame’. This tool looks like a wand but has a thin sharp blade attached. The manufacturers have also used a small curve in the blade that allows the bakers to make a shallow cut in the bread dough.

If you already have this tool, it is great. Otherwise, you can easily get it online (see the links below). Some famous bread bakers lames are from Bread Bosses, Saint Germain, and Mure & Peyrot. (*Amazon Affiliate Links)

They are made of food-safe components and widely used for commercial bakery use.

Other than that, they are kind of like a one-time investment. Once you buy the tool, all you need is to change the blade to make it effective again. The blades are replaceable and can be installed rather easily too.

Here are some general rules to remember for scoring the bread:

So, let the knife do the work and don’t press it down hard on the dough.

People who still face issue in scoring the bread sharply and quickly, especially on the cold dough, they can try spraying their blade with cooking oil. it starts cutting the dough easier.

In case you are trying to make patterns, draw them on paper first before trying them on the dough. This will facilitate you in scoring it perfectly.